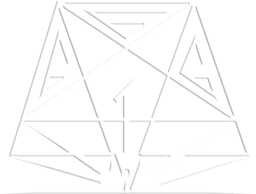 The Order of the Trapezoid is a chivalric Order of Knighthood dedicated to the Prince of Darkness and protection of the Black Flame.

The Order was first formally introduced by Anton LaVey in the December 1970 issue of the Church of Satan’s newsletter, The Cloven Hoof, where it was described as the “Board of Directors and security staff” of the Church. The idea of what the Order signified morphed at various times, always with a focus on its vital role as caretaker of the Hidden Tradition behind the Visible Tradition exemplified first by the Church of Satan and later by the Temple of Set. The Order of the Trapezoid was finally given a definite form by Dr. Michael Aquino, High Priest of Set, in 1982, and took its place as one of the three oldest still extant Orders (or areas of specialization, under the leadership and teaching of a Grandmaster) within the Temple of Set.

The Grandmaster’s statement conveys the vision of the Order under its recently invested seventh Grandmaster.

This insignificant stone is indeed of trifling value; it is despised by fools, the more cherished by the wise.